How Nebulized Peroxide Helps Against Respiratory Infections Like The Corona Virus

You are here:
blog 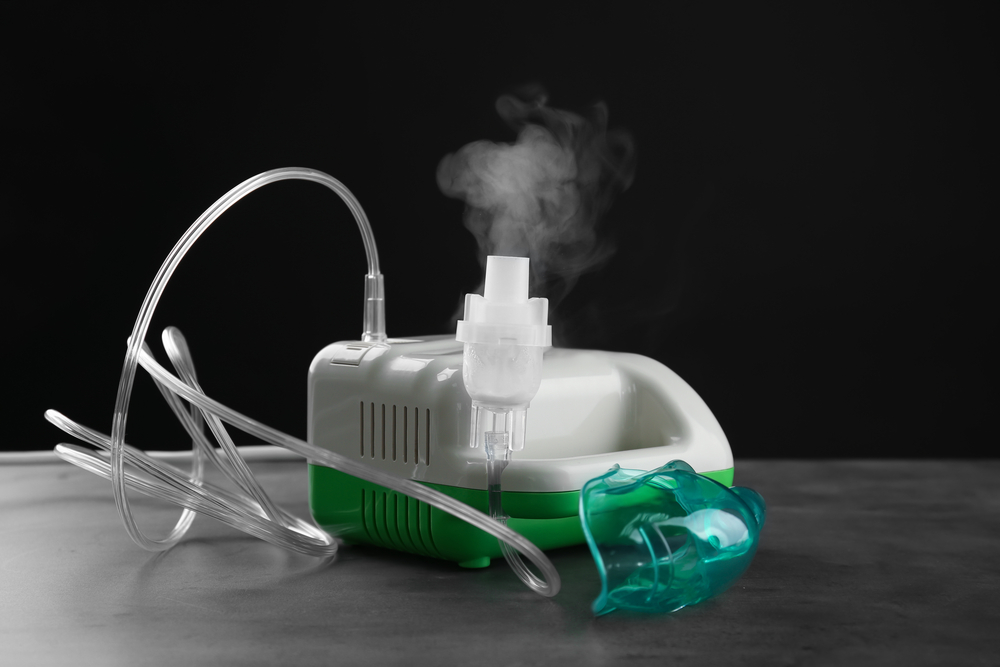 The above headline (minus the subheadline of like Corona Virus) comes from an article dated August 30, 2020, on Mercola.com.  It is an interview by Dr. Mercola of David Brownstein MD whose clinic has successfully treated 116 cases of COVID 19 with only one hospitalization (and that case was hospitalized before starting care with Dr. Brownstein) and 0 deaths – and they are not even using hydroxychloroquine.  Because the article is on Mercola.com you will have to create an account to view it and it’s associated 53-minute video of the interview.  But that is a good thing because then you will get regular emails on alternative ways of treating numerous health conditions.  I have been following him for many years, as I have Dr. Brownstein.  Back in approximately May, the FTC made Dr. Brownstein remove from his website all references to his treatment protocol that arguably were saving lives.  So here is a way to get what appears to me to be vital information that the FTC, FDA, CDC, and certainly the WHO would rather via their Ministry of Truth channels (Google, Facebook, YouTube, etc) like to censor you from viewing.  BTW, to mitigate against the censorship taking place these days look to use duckduckgo as your browser.

Dr. David Brownstein, who has a clinic just outside of Detroit, has successfully treated over a hundred patients with what has become my favorite intervention for COVID-19 and other upper respiratory infections, namely nebulized hydrogen peroxide. He has published the results of his work in a study that you can download here.

Dr. Mercola recommends that folks should buy a desktop nebulizer and stock food-grade hydrogen peroxide, Lugol’s iodine, and some saline. That way, you have everything you need and can begin treatment at home at the first signs of a respiratory infection.

I have put together a separate handout on how to use a nebulizer with the therapies and protocols suggested by Dr. Brownstein along with information on vendors to contact.  Email my office if you would like a copy.  We also carry a limited amount of nebulizers in the office as well as a supply of 3% food grade hydrogen peroxide and saline solution that we make available at cost.

On another Covid-19 related matter, check out the latest from yesterday’s NYT on PCR testing.  Apparently about 70-90% of Covid-19 supposed positive tests are in fact set way too sensitive and basically these tests carry a very low non infective load of SARS-Cov 2 virus so essentially really negative in terms of causing any problems either to self or to others, but because they are reported as positive, contact tracing and 14 day quarantine ensues.

Your Coronavirus Test is Positive. Maybe it Shouldn’t be.

Below are excerpts from the transcripts of the Dr. Brownstein interview:

Dr. Joseph Mercola: Now, the typical peroxide that you buy in the grocery store is 3% and neither of us recommends that 3% that you can get for a dollar at the local drugstore. We recommend you get food-grade because it has fewer stabilizers in it, which could be harmful. Although at the concentration you’re using, I am wondering, I’d like you to comment on this too, that even though you’re nebulizing these potentially toxic stabilizers that are in commercial-grade peroxide, there is such a low concentration I’m wondering how big of an issue is it because you’re taking that 3% and diluting it by 100-fold or more.

Dr. David Brownstein: I have our staff take food-grade hydrogen peroxide. We dilute it down to 3% from, usually, we get it at 35%, I think, and dilute it 10:1 down to 3% with sterile water. We do this sterilely. And then we take 3 CCs of that 3%, and we put it in a 250CC bag of normal saline, and that’s what we have people nebulize out of that bag. So it brings it down to a .04% hydrogen peroxide concentration.

Dr. David Brownstein: Lower didn’t seem to help as much as this. This is the lowest we could go to. So when we got it down to this 0.04%, it worked, and there were no side effects. We never heard a complaint. The only complaint we ever heard is maybe it didn’t help somebody, but there were no adverse effects that we heard.

And along with the nebulizing 3 CCs to this 0.04% hydrogen peroxide, we have them put a drop of 5% Lugol’s solution in the nebulizer well. So they would nebulize this combination of peroxide and iodine, and it was really remarkable.

And he said, “Doc, I can’t get in the car. I’m going to die.” So I said, “Send your wife over. We’ll put a nebulizer in the car and tell you how to do it.” And so we mixed up the solution for him, and she brings the nebulizer home. I called him up at the end of the day. That was in the morning. I called him up at the end of the day. He had done three nebulizer treatments because the wife drove an hour each way to come get that device. And he said after the second nebulizer treatment his lungs started to open up. He felt about 70% better and didn’t feel like he was going to die at that point. He was still coughing and short of breath, but not like he was.

After the third treatment, he said he was even better. He was crying again on the phone saying, “I don’t know what to say to you. I’m not going to die anymore. I don’t know how to thank you.” And I’m, “Well, you don’t have to thank me, just keep nebulizing. And he never got the IV therapy, so this nebulizer thing really does work.

Dr. Joseph Mercola: So he asked, “What could I do?” I told him to use the nebulizer with – I used a little bit higher concentration, 0.1%. It’s pretty similar to 0.04%, twice as strong, but essentially, really, really low, and he had the exact same experience. This is like a 45-year-old guy, metabolically inflexible and insulin-resistant, I’m sure. But his first treatment, he got a little better, second, but the third, he was a new man. He could breathe, and he knew he was not going to die. It changed his life, literally after the third treatment

Dr. Brownstein: I gave him the formula to make it at home. And it’s not my preferred way of doing this at all, but what I had him do was get a quarter cup of pure water, distilled water or filtered water, put a quarter teaspoon of Celtic salt in there, and let the salt dissolve, and they made their own saltwater.

And so from that, we took 3 CCs, and we added a drop of 3% food-grade peroxide to it, and that’s what he nebulized. I was calling him about every hour to see how he was doing. After the second hour, because I told him to nebulize every hour, after the second hour, he said his lungs were opening up. He was better. He was about 50%, 60% better. And then every time he did it, he got better. And two or three days later, he was over this. He was taking the oral stuff along with it, so I don’t quite know what worked, but it cost pennies for him to do that, and it’s a truly remarkable therapy.

Dr. Joseph Mercola: I don’t know, maybe in late-stage disease, another thing that seems to be really useful is NAC (N-acetylcysteine) because, in the MATH protocol developed by Marik,(note from Dr. Bastomski: the MATH protocol is designed to be done early on in the hospital or ICU for best outcomes – note that hydroxychloroquine is NOT recommended at this stage of the disease, it’s benefits are seen according to Zelenko, when used at the first onset of Covid-19 symptoms, particularly respiratory distress) which is MATH stands for, M is methylprednisolone. A is ascorbic acid or vitamin C, T is thiamine, B1 and H is heparin. And heparin is administered because this is a vascular disorder too. There are clotting complications, and the heparin seems to improve that. But NAC will actually go in there and disrupt the sulfide bonds and the Von Willebrand factors that lead to the platelet aggregation, so you can dissolve those with something as simple as NAC, which also has a side benefit of reducing oxidative stress and increasing glutathione levels. To me, zinc, glutathione, quercetin, vitamin D, and the nebulizer, that is a home run.